An article appeared in the good old Express & Star the other day with the big, shouty headline:

'New 1,150-pupil secondary school to open in Walsall next year'

it says a new school is planned to cater for the children of families in the new development in Goscote.

We'll digress here a moment to fill in a bit of background.

Over the past 10 - 15 years about 280 houses in the Blakenall and Goscote area were demolished and the families re-located.
All the houses that vanished were those lovely, big old-fashioned council houses with large rooms, decent kitchens and reasonable gardens, all built in the late 50s and early 60s to those mad social housing guidelines which dear Mrs Thatcher abolished because the houses took up too much room and developers couldn't squeeze as many on to a plot. 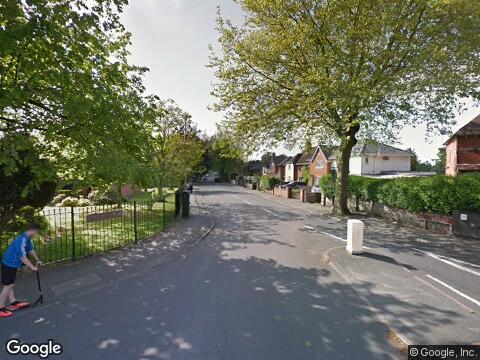 Anyway, over the years, Blakenall particularly got a reputation for being a problem area with a lot of anti-social behaviour, teenage pregancies, very low employment, drug abuse and more.

The chosen solution under the banner 'New Deal for Communities' was to raze the place, starting with the fairly notorious Poets Estate centering on Shakespeare Crescent and the residents were moved to assorted towns all over the country.
A very large amount of money was thrown at the problem - some of the projects set up by Walsall's New Deal include the £7.3m Blakenall Village Centre which opened in 2005, combining doctors' surgeries, a bereavement service, a housing trust, restaurant and library and social services.
Blakenall Village Centre is now largely empty but it looks very nice. 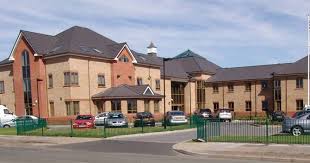 After demolishing everything the land was vacant for a number of years, however development was eventually kick-started after a lot of wrangling with builders.
There was lot of bickering about the location, developers wanted to build on green belt on the other side of Goscote Valley/Swannies' Pool and a 'land swap' was
on the cards but a deal was eventually done to keep the development largely on the site of the old demolished homes and development of 300 new homes went ahead
under the estate-agent friendly name of Waters Keep Estate.

Lots of new homes - 300 where there used to 280 (see what we mean when we talk about squeezing more on to a plot?) - have been bulit, and very nice they are too, if a bit small. Here's an artist's impression

Well these nice new homes are being snapped up, which is fair enough, and obviously the new inhabitants want somewhere to send their kids to school.

The original school built to serve the area was the infamous T.P. Riley on Lichfield Road. Here it is in its heyday in 1969 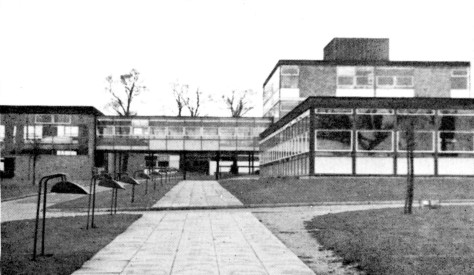 Infamous, you say?
Why's that?
It's only the Alma Mater of Slade frontman, star of the Grimleys and voice of the New Art Gallery Walsall lift,  Noddy Holder!
(and before you get clever and ask how long before the New Art Gallery becomes the Old Art Gallery, the adjective refers to the art, not the gallery, OK?)

T.P.Riley had an ignominious end - it spent several years in special measures and was finally flattened to make way for one of the early academies - Walsall Academy.
This was one of the academies that had money lavished on it - spectacular new building, state-of-the-art IT, very nice.
It's not doing particularly well, unfortunately. Results haven't been brilliant but that's a whole different post/rant for another day... 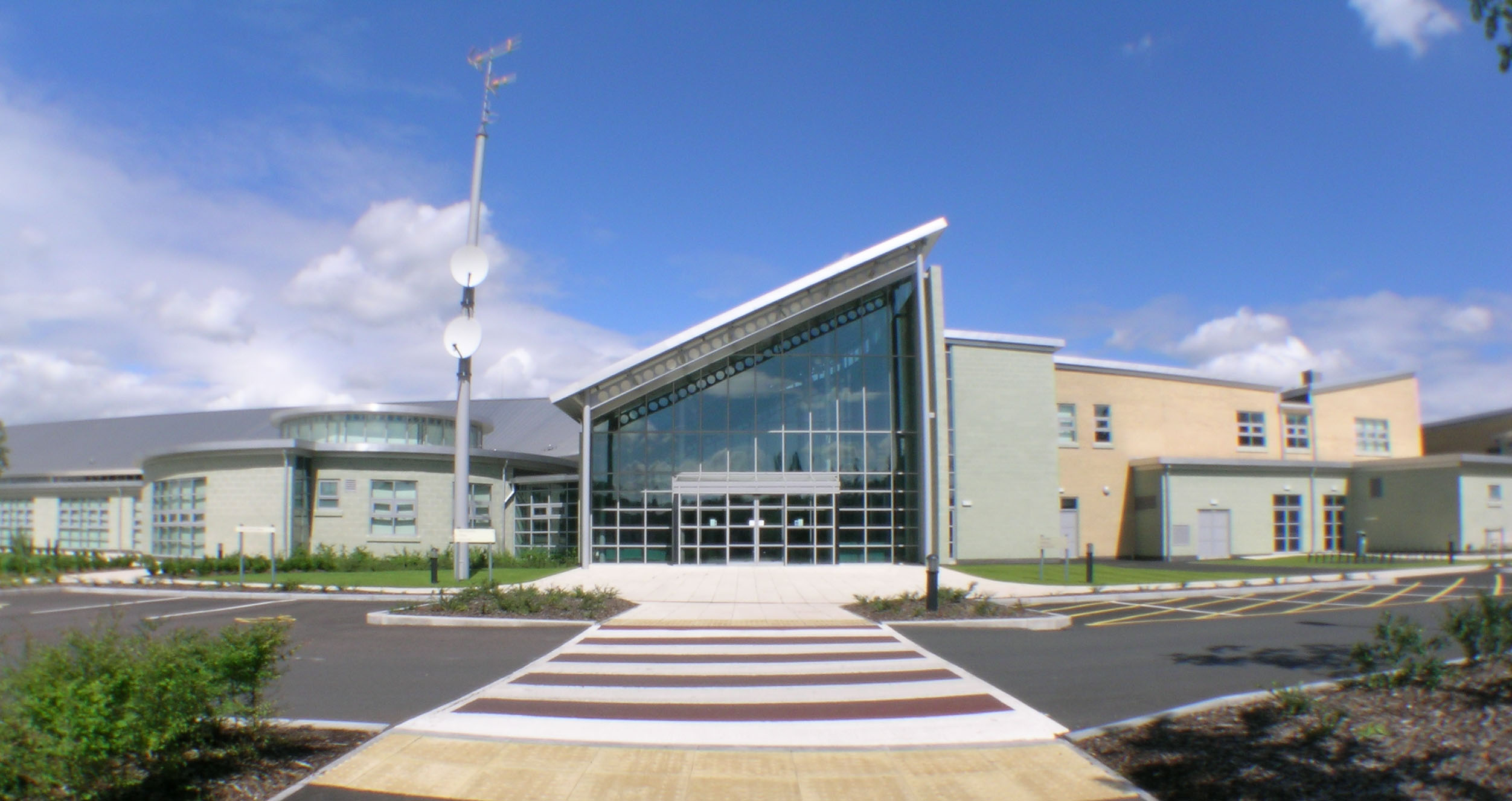 OK, that's all very interesting, get to the point ....

A new school is now in the pipeline, which is logical since Walsall Academy doesn't just serve the local area nowadays.
Pupils come from as far afield as Aldridge to attend, so capacity for new entrants is limited.

So, a new school is planned, and this is really the point of this post (at last).

Free schools are funded by the government but aren’t run by the local council.
They have more control over how they do things, which is a big selling point, apparently.

They’re ‘all-ability’ schools, so can’t use academic selection processes like a grammar school.

Free schools are run on a not-for-profit basis and can be set up by groups like:

Free schools were given approval in the Academies Act 2010, which also paved the way for existing state primary and secondary schools to become academies.

The act also stipulated that all new schools had to be academies or free schools.
This meant local authorities lost their power to create new schools, although they still have responsibility to ensure there are enough school places locally.
They were the flagship policy of the then shadow education secretary, Michael Gove.

Now, this is all very well, but the bit that's difficult to understand is the 'not-for-profit' part.

The new school will be called the Blakenall School and it will be run by the Windsor Academy Trust who already run a number of schools, five primaries and two secondary schools.

This mighty organisaton boasts a Board of Directors (9 members), an Executive Team (5 members), a Central Team (6 members) and each of the seven schools has its own Leadership Team (34 people in all).
Its not easy to find out what most of these people earn (we'll come to this again in a minute) but they recently advertised for a Director of Primary at a juicy £90,000 pa
(Remember we said earlier that they set their own pay and conditions?)

The Trust gets almost all of its money in the form of grants from central government - £14.04 million in the FY 2015-16
This doesn't include assets worth over £21million made up of buildings and grounds handed over when the various schools in the Trust became academies under the Trust's aegis. Don't foget these schools all belonged to the taxpayer before they became academies; buildings, playing fields and everything else were handed over.
Despite not being anything to do with any of the local authorities wher they operate, the Trust was still lucky enough to get £395,000 in 2016 in what it calls 'local authority grants', which is actually up from the 2015 figure of £296,593.

This is him, below, no wonder he's smiling. 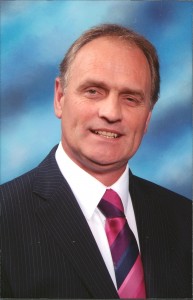 This is a local manifestation of the government's education strategy.

The Windsor Academy Trust is technically a not-for-profit organistation but what we've tried to show is that there is an awful lot of money sloshing about and some people are doing very nicely, thank you very much.

The money is in addition to money we still spend on local authority schools. Walsall still has a number of schools under council control so all the support positions - directors and leaders -  this lot operate are duplicated at the council and, more importantly, at every other academy trust operating in the borough.

The expensive and probably very nice Central Team, Board of Directors and Executive Team are duplicated at the 22-school E-ACT set-up.
E-ACT has a grant income of over £94million, of which about £74million is spent on staff costs, and so on for all the other academy chains , groups and trusts.

Almost all of Walsall's schools are now academies, each being either stand-alone or part of a bigger group or chain.

Instead of having one payroll function (run by th elocal authority) there are now almost as many as there are schools; 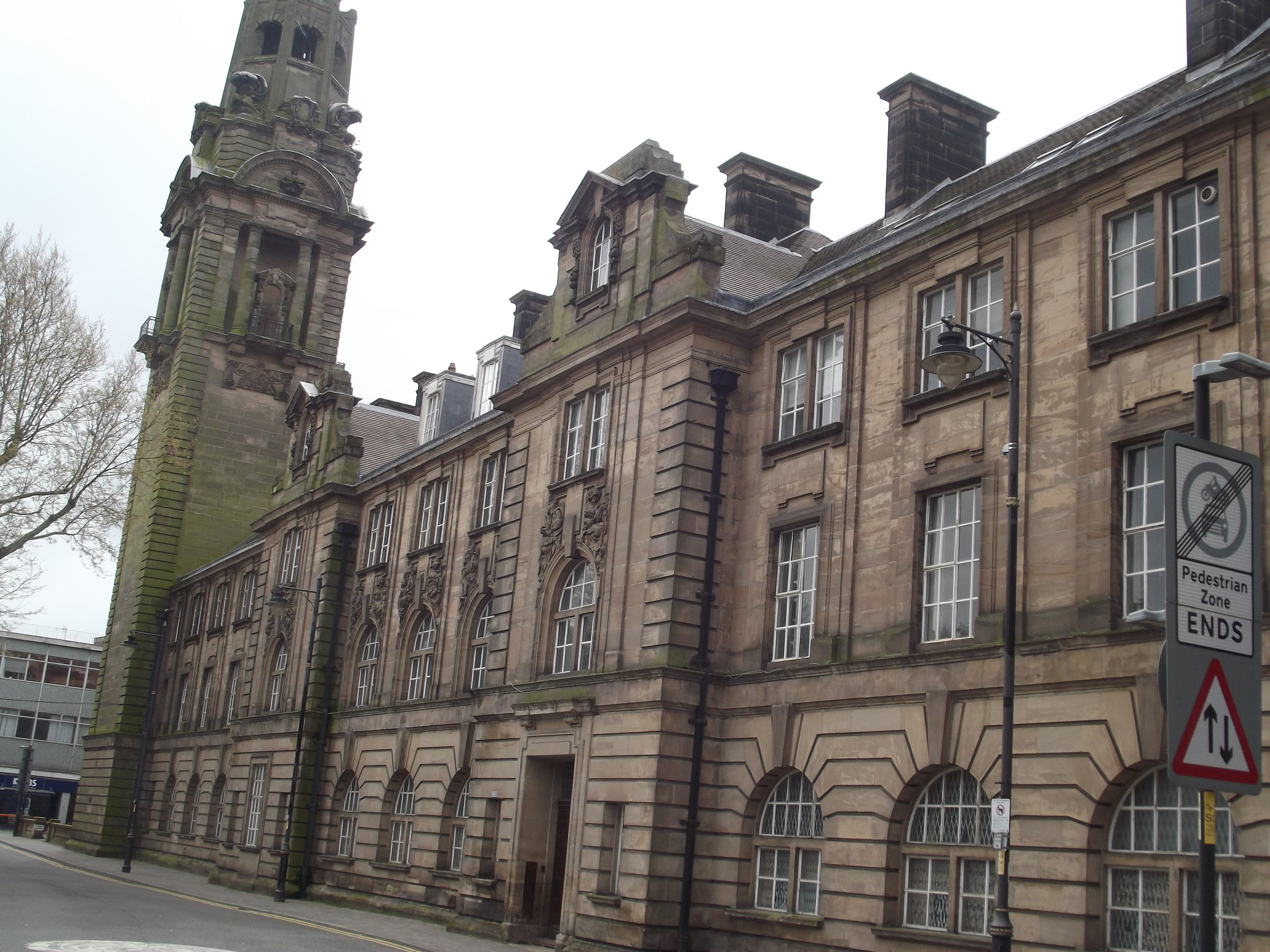 there are more directors and leaders than you can shake a cane at and theyre all being paid fairly handsome salaries, thank you very much.

The other side of this is what is happening to satndards of education.

For all the monet swirling about within the Windsor Academy Trust KS5 (A Level) Grade average is only C, and they've struggled to maintain that.
Over at E-ACT the picture is more worrying: of their 22 schools, 3 are in special measures and 6 require improvment. 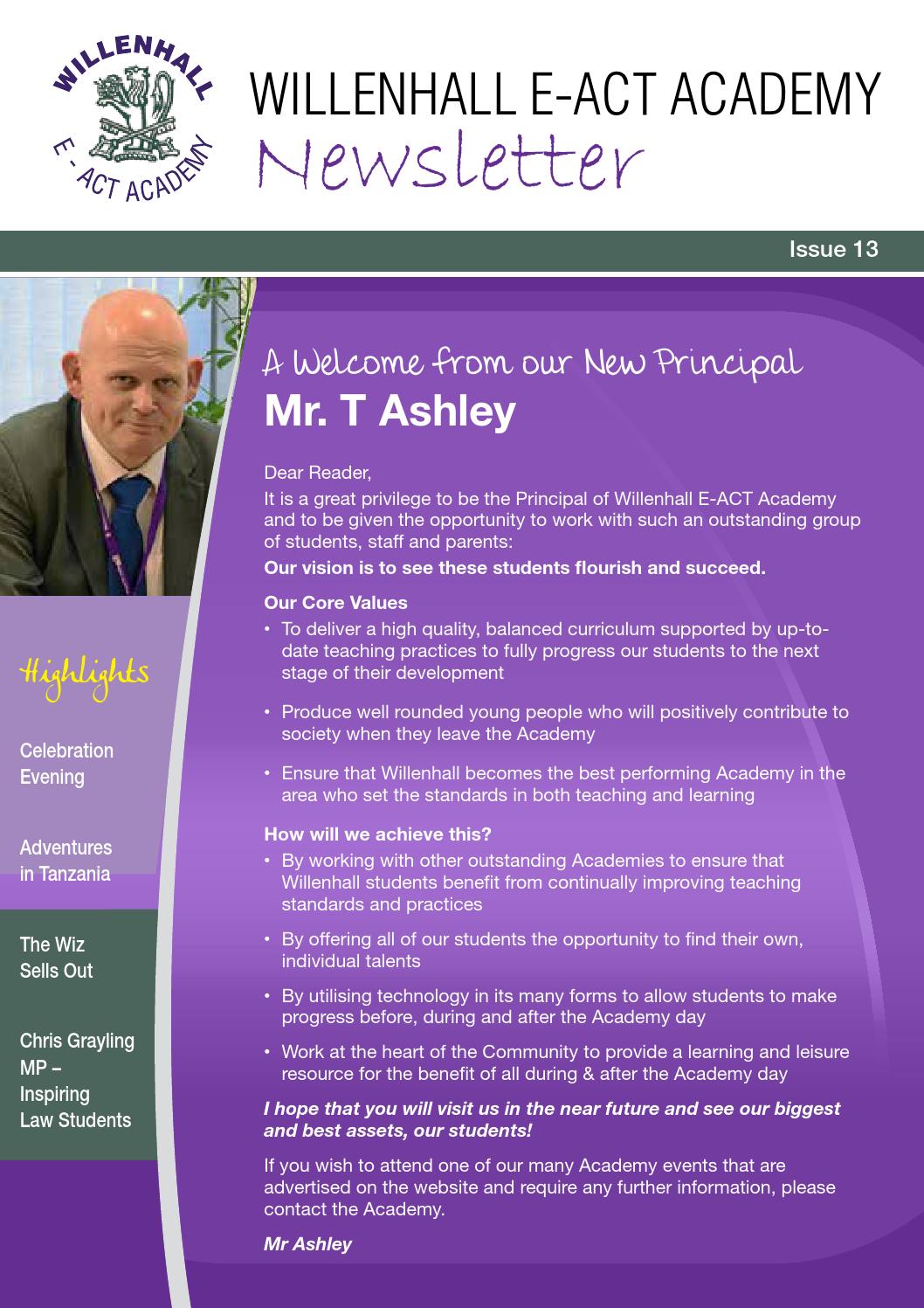 By stealth-privatisiing our education service, the government is putting a lot of money into the pockets of a new cadre of individuals who are busily setting up trusts to run a group of schools; the trusts don't actually make a profit but they pay the people running them very handsomely indeed. And of course they set their own terms and conditions so teaching staff don't benefit from national bargaining power of the NUT for example; the tories have employed their well-tried tactic of divide-and-rule.

Overall then, the government can probably claim that more money is indeed being spent on education. The absolute amount of money in the pot for schools in England is at record levels but once you factor in rising pupil numbers, inflation and running costs like some of these we've looked at above, schools will have to cut approximately 8% from budgets by 2020. More money is going on 'overheads' like salaries for executives, leaders and managers and less is going on the actual teaching part of education.

We've come a long way since the founding of The Blue Coat School in the late 17th century to provide free education for children from poor families haven't we? 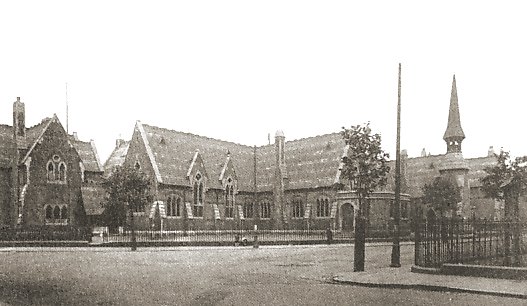 Still, you know what to do, don't you?

And tell your friends!