Way back in October last year we wondered if the tories really were the party for the economy.

We were a bit sceptical because we noticed that every recession since the war, bar one, had happened while the tories were in office yet they still claim they're the only ones to be entrusted with our national prosperity. 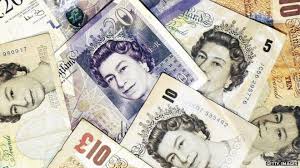 Thye most recent claims made by the minority tory government try to tell us that employment is at record levles. They've actually been doing this for a few months now - in February, the D. Tel claimed "Employment hits record high as UK firms keep on hiring".

This is a claim we hear fairly often these days, probably because it's the only bit of good news the weak-and-wobbly government can find.
This is a prticularly interesting claim because, if you're a job hunter, it's probably a bit annoying because the only jobs that seem to be advertised in any kind of numbers are zero-hour contracts on minimum wage.

It's also interesting because of what it suggests for the wider outlook.
If, as they suggest, the UK is approaching full emplpoyment then you'd expect the government to have plenty of money to spend - surely millions of people in work means £billions in tax income, doesn't it?
If that's the case, why does the government need to maintain th epublic sector pay freeze?
With all this tax money rolling in, wouldn't the government be able to offer firefighters, nurses, police and teachers a slightly better pay offer?
With all this tax money rilling in wouldnt the government be able to employ more police and do something about the rising crime figures?

Or wouldnt they be able to spend a bit more on our schools? Or perhaps a lot more on the NHS?
Afterall, weren't we promised £millions if we voted to leave the EU? 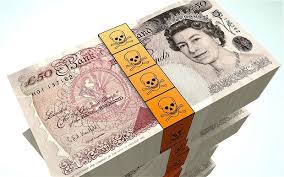 OK, What does full employment mean?

There's a very good piece on the Full Fact website so we won't go into detail, we'll just give you the link and you can read it for yourself.

Whatever your definition of 'full employment', there would be a couple of outcomes for the economy at large; one is the higher level of tax income we mentioned above.

Chancellor Philip Hammond said: “Our economy has grown continuously for four and a half years, delivering record levels of employment. We need to focus on restoring productivity growth to deliver higher wages and living standards for people across the country.”

Strangely though, despite the claimed high numbers of people in employment, the government keeps borrowing money at alarming rates.
Borrowing has remained persisitently high and in fact keeps setting new records - In this financial year so far the government has already borrowed £22.8bn, a rise of £1.9bn on the same period of last year (our friends at the D. Tel) which is odd, considering there's so many people in work...

Another outcome you'd expect is a change in the bargaining power of employees, isn't it?

This is a particularly interesting point.

When an economy reaches 'full employment' jobs are harder to fill becuase, in theory, everyone who wants a job has got one.
For an employer to fill a vacancy they've  got to offer more money or better terms and conditions in order to tempt people away from the job they're already in.

It's a fairly well-documented effect of full employment - one of the knock-on effects of full employment is wage growth.
With fewer people looking for work, employers are forced to raise pay to attract workers. It's a fairly straightforward manifestation of the laws of supply and demand.
As our leftie friends at the Guardian put it recently, "Full-employment economies are normally good for workers because they take advantage of labour shortages to strike better deals with employers."

However, wage growth in the UK has been sluggish, to say the least. In fact it's been almost non-existent. 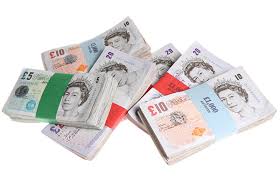 What about the workers?

The UK has a pretty poor record on workers' rights and the tories, while they've been in office, have been steadily chipping away at our rights and protection.

One of the very early pieces of legislation the tories enacted was to change the period during which you could be dismissed from a new job - in the old days you only had to be in a job for 12 month, our cuddly tories doubled that to 2 years. Now you can be dismissed within 2 years of starting a job.

Access to justice in the employment tribunals was largely destroyed in 2013 for most individual claimants by introduction of excessive tribunal fees, although this has just been overturned in a very public humiliation for the government.
The idea behind the original rule change was still to reduce employees' ability to take dodgy employers to task and shows the government's true intentions...

Add to this the massive rise in 'self-employed' and workers in the gig economy where income is precarious, to say the least, and youve got a situation where people are taking low-paid, insecure jobs out of desperation.

This isn't a landscape where workers have a strong hand is it? 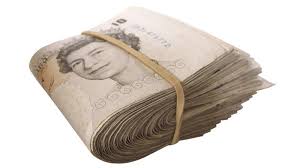 Tax recepits not in line with the rhetoric, workers rights still being eroded, wage and income growth stagnating all point to 'full employment' being  a myth at best, an outright lie at worst.

And the perpetrators? Its them there tories again.. 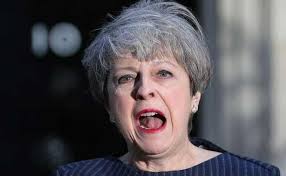