On her recent visit to Walsall,
Green Party Leader Natalie Bennett covered a number of topics.

Here's one... The Economy

Your friend and mine, Bruce Springsteen, famously said The 'economy' is made up of loads of different components, it's all of us working and earning and saving and spending, and the companies we work for doing the same.

Except some companies behave differently from others.

If you're a small business you've got almost no choice about how much tax you pay; you probably can't afford

an expensive firm of accountant with specialist 'tax efficiency' departmenats. Your accountant will look at what you've earned, knock off

what you've spent as 'legitimate business expenses' and calculate the tax you owe on the remaining balance.

But what about the big companies with a global presence?

They don't play by the same rules, do they? 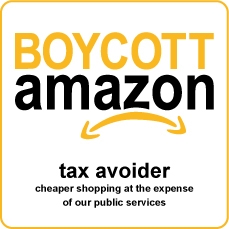 Natalie Bennett talked at some length about our 'Parasite Economy'

This is where big companies operate in the UK and earn big profits here, but barely contribute.

"What does she mean by that?", I hear you ask

Well, big companies like IKEA, Starbucks, McDonalds (and many more) are set up as franchises so they pay a parent company massive fees in order to use the name, the logo and 'reputation'.  These fees are counted as 'legitimate business costs' so they are deducted from the company's pre-tax profit, along with all the other costs - wages, rents & leases, utility bills and so on.

Many of these companies will have fees that more-or-less wipe out any profit they make, so they don't make big profits and therefore don't pay much tax.

This is all perfectly legal and quite normal business practice, by the way.

It is a 'Parasite Economy' because all these big companies (ALL of them, almost without exception) use the UK road network to move their goods; their workforces are educated by the UK education system and, if any of their employees is taken ill, they all use the NHS. Education, the NHS and the roads network are all paid for out of taxes that we pay as individuals in income tax and that companies pay in corporation tax. We also pay VAT and a variety of duties (like those on cigarettes, alcohol, petrol & diesel, stamp duty, death duty etc) and individuals tend to be hit harde by duties than companies are.

Anyway, these big companies and corporations don't contribute their fair share to the upkeep of these things.
Their employees do, they've got no choice because they pay tax through Pay-As-You-Earn (PAYE); employees can't offset expenses against earnings in the way the big companies do.

Facebook, for example, paid about the same tax as a worker on national average wage in th etax year 2014 - 2015.
A worker on national average wage would have earned about £27,000 and paid about £5300 tax:  Facebook had revenues of over £105 MILLION and paid £4, 327 in corporation tax. This was achieved, in part, by paying employees some serious bonuses so enabled FB to say that although FB the company was paying minimal tax, employees were still paying tax, so the result was about the same.

IKEA employs similar creative accounting techniques and the international furniture behemoth is mostly owned by a 'charity' registered in a tax haven.

Starbucks buys coffee beans for the UK through a Lausanne, Switzerland-based firm, Starbucks Coffee Trading Co. Before the beans reach the UK they are roasted at a subsidiary which is based in Amsterdam but separate from the European HQ. This ruse allows the UK company to 'allocate' some of its profits to the Swiss and Dutch companies, thus paying less tax in the UK.

And then to compound thier dastardly behaviour, these big companies bring pressure to bear on the government because of their size, and they lobby for laws to be passed in their favour - zero-hours contracts, charges for access to industrial tribunals and so on.

So they're all at it, minimising their UK tax liability yet using the country's infrastructure and not paying their share towards its upkeep while pressurising government to pass laws which favour them over their workforces. And our governments have been happy to create a tax regime which favours these big businesses because it's 'business-friendly' and encourages these organisations to stay in the UK and provide jobs. We won't go into how the jobs provided frequently require state support in the form of in-work benefits so that the fortunate employees can afford a reasonable standard of iving, that's another high horse for another time...

Instead of big companies generating big money The Green Party favours an economy made up of small businesses, all trading with each other.

Small businesses are already a significant part of the UK economy - according to the Federation of Small Businesses:

You must have heard the arguments raging about the proposed new nuclear power stations, the ones buit in the UK with Chinese investment and French engineering, or is it the other way around? Either way, the project is suffering serious delays and headaches elsewhere because of the unproven technology being used and now, bickering about the money.

It will be at least ten years before any of the new plants will be up and running, they'll last for about 40 years (barring accidents) and take at least another 10 years to decommission. We won't talk about the 100,000 years we need to store the waste, that's another nighmare for another time... 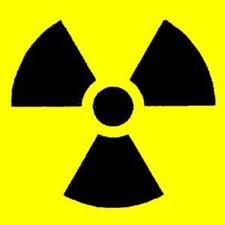 Anyway, if we went down the micro-generation route and installed solar panels on as many suitable roofs as possible and placed small wind turbines in as many sites as possible we could start generating plenty of clean, free energy next week. We could install tidal turbines and wave-powered kinetic generators which would take a little longer but would be cleaner and safer than nuclear. And we could actually nurture and support an industry that developed the technology then sell it to the rest of the world, much as we did with deep-sea oil exploration in the olden days of the 1970s.

All the work could be undertaken by small, local installers, local electricians and local buiders. All these small businesses use local filling stations to put diesel (biodiesel would be nice...) in their locally-sourced and maintained vans; they buy tools and materials locally, bank locally, probably use a local accountant and might also emloy a couple of local mates to help out in busy times.

You must have seen the meme that says something like "When you buy from a small business you're not helping a Chief Executive Officer buy a holiday home in Tuscany, you're helping a little girl get riding lessons, or a little boy get a new pair of trainers" - small businesses operate and spend locally - compare this with the mega-corporations with centralised purchasing, accounts and payroll who then use all manner of chicanery to avoid paying their taxes.

Back to our energy theme: consider also what happens at the end of the design life of your shiny solar panels. It is a fairly quich and simple job to remove and replace panels on your roof, not a 10-to-15-year headache, and it doesn't produce the lethally toxic waste that a nuclear power station does. Again, the work can be carried out by lots of small firms, rather than a few specialist contractors who cost eye-watering amounts of money and a process that takes years.

There was quite a lenghty discussion about how the UK economy could be changed for the better, particularly if we're going to go ahead with this brexit malarkey.
If any of this has struck a chord and you want to learn more about the Green Party's policies for the economy, why not follow this link and read up on what we're about?